Welcome back to all our Old Victorians

The Old Victorians' Association comprises all former students who have graduated from Victoria College Jersey as well as serving and former teachers. It aims to promote fellowship between Old Victorians worldwide and to help support the school in its continued success and position as a leading education establishment in the Island.

The Old Victorians' Association Council, which sits on a quarterly basis, has 12 members and acts as the executive elected body of the Association representing Victoria College alumni.

One of our aims is to connect OVs in Jersey and across the world and to support the school and its students, especially when they move into their careers. You can join the OVA at any time to receive updates about events, news about the school and other former pupils.

To join the OVA database and mailing list, please fill in this form. By completing this form and submitting it you agree to being contacted by the OVA about alumni news and events.

Join the OVA / Update your details

By completing this form, you agree to your data being held on our OVA database, until we have been instructed by you to remove it.

You will be contacted on a semi-regular basis for news and invitations to sporting and social events.

If you are a Year 13 student completing this form. You also agree to being contacted by our trusted Foundation Partners about potential job opportunities.

NB. Please note the 'Submit' button looks like it is not there, but if you hover over the bottom left hand corner of this form, it will appear. 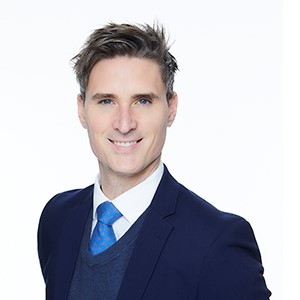 Oliver Hughes, President of the OVA

The two key dates in the OV calendar have been the dinners in London and Jersey - prime events for renewing links and socialising in a unique way. the London dinner usually takes place in a prestigious venue, such as Lords cricket ground. Venue and details will be available in due course.

Whilst the emphasis for the Premiership side is on high-quality cricket, the Rathbone OV Reserves look to provide a link between up-and-coming schoolboys (the "new OVs") and some highly experienced campaigners. The Evening League side aims to put out a social team, and all get a fair opportunity to perform.

For more details email: ovcricket@hotmail.co.uk or go to Twitter @ovcricket

Convicts contains a number of the club's top players and compete in Jersey Hockey Association Division I and Victoriana compete in the JHA Division II.  Old Victorians have been the dominant force of Island hockey in recent years, winning numerous league and cup titles. Victoria College has produced the Island's top hockey players over the past decade and many OVs play in Jersey men's first team. OVA Hockey, training is at 19.30 on Thursday evenings at Les Quennevais from September to March.

The Old Victorians' Association have exclusive access to the squash courts located on College Field. These facilities are available to hire by all Old Victorians.

The Old Victorians' Rifle Association is headquartered at the Rifle Range on College Field and is headed up by the Hon. Secretary, David Le Quesne.

The OVRA competes annually at Bisley, in the Angora Trophy and the Donegal Badge which is shot concurrently with the JRA Island Championship. Additionally the OVRA competes in the Victoria College Cup which pits the shooting skills of Old Victorians against current Victorians. A small-bore match between the OVRC and the old enemy, Old Elizabethans, was established in 2013. The cards are to be fired before the end of April and, after marking, the result will be announced at the Imperial at Bisley.