Victoria College is a welcoming academic community situated in an elevated location overlooking the town and coast. Home to excellent teaching and learning, the College flourishes as a modern school with around 1,000 pupils.

The Visitor is Her Majesty the Queen.

Victoria College Jersey has an unusual story.  Established as a public school of English character on a self-governing, French-speaking island, it has been affected throughout its history by the peculiar circumstances of this situation.  Despite severe disruption by the German occupation of the Channel Islands during the Second World War, the College now flourishes as a modern school with around 1,000 pupils.

The English system of public schools was essentially a creation of the mid-19th century. They were a mixture of old and new foundations, of boarding and day schools, but gradually came to see themselves as bound by common interests. Their sense of unity was promoted by the establishment in 1869 of the Headmasters’ Conference membership of which remains the accepted criterion of public-school status. 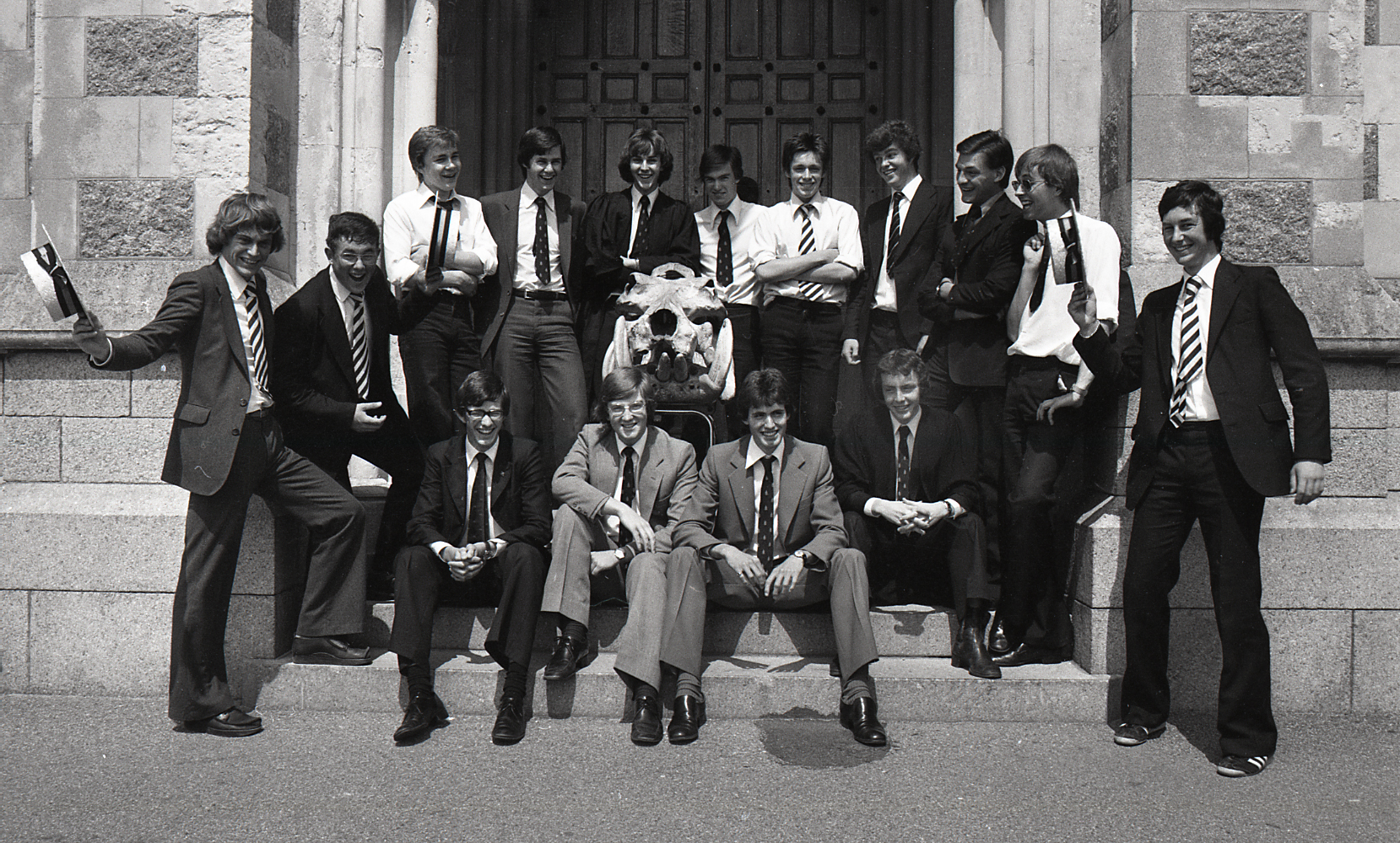 Victoria College took its place among them but was undoubtedly unique in the circumstances of its foundation. Although there were other public schools which could not claim more than a few years’ existence, or which were intended mainly for day boys, only Victoria College and the older Elizabeth College in Guernsey, had been founded on self-governing islands off the French coast.

Back in 1596 Laurens Baudains had proposed to endow a college in St Helier, despite promptings from Sir Walter Raleigh as Governor, the project languished. By 1611 Baudains had despaired of success and founded instead a trust to maintain Jersey scholars at English universities.

The occasion for the successful revival of Baudains’ and Carteret’s scheme was provided by the visit to Jersey of Queen Victoria and Prince Albert in September 1846. It lasted only three hours but was in effect the first ever state visit by a monarch, and the popular welcome was rapturous.

Suggestions were soon being made for suitable ways of commemorating the event.  And so, College was born on the account inhabitants would save the expense of sending their children to be educated outside the island and a Jersey college would strengthen ‘the attachment of the inhabitants to the British connection and authority’.

The foundation stone of Victoria College was laid on 24 May 1850, the Queen’s birthday. Flags and banners decorated the town and the College grounds; many shops were shut for the day; the regiments of Military were out in force; and from 15-20,000 people crowded to the ceremony. The States walked in procession all the way from their Chamber. Under the foundation stone the Bailiff placed a lead box containing copies of the States’ acts, coins of the reign, two medals representing the arrival of Victoria and Albert in 1846 and a copper plate with a commemorative inscription. The Dean said an eloquent prayer in French and the Lieutenant-Governor laid the stone. The ceremony closed with gun salutes and hearty cheering.

The College opening ceremony took place on the morning of Wednesday 29 September 1852. As when the foundation stone had been laid, thousands of onlookers filled the grounds and there was a large military presence.  Newspapers described the Bailiff’s tasteful remarks, the Dean’s earnest prayer which ‘left nothing unthought of, and nothing unconsecrated’ and the presentation by the Lieutenant-Governor of a royal gift to the College, copies of Winterhalter’s portraits of the Queen and the Prince Consort.  Queen Victoria and Prince Albert were the first signatures entered into the visitors’ book and the current reigning monarch is still ‘Visitor’ today.

Despite all the difficulties a noble building was produced. The Committee and the architect had given much thought to gaining maximum effect from its position overlooking the town, changing both its location on the sloping site and its orientation in order to create impressive vistas of the symmetrical Gothic façade. The internal design by Hayward provided a few classrooms on the ground floor, only three of them large enough to hold more than a handful of boys. It was assumed that most of the pupils would be taught in two large rooms occupying the whole upper storey (now the Hall and Library).